I left Lawrence almost a decade ago.

There is something about the town that draws me back.  Of course, that was the other hat I wear, storm chasing.  Douglas County Emergency Management hosted a Severe Weather Symposium that is one of the great local chase events in Kansas.  I'll blog about that later on http://www.ruminationofthunder.com/.

The great thing about Lawrence is the people.  Yeah, there's a lot of young male "who-hoos" in the bar, chucking drunken high-fives over the March Madness BS, but you have street musicians and artists, a very liberal crowd, and the occasional conspiracy folk. 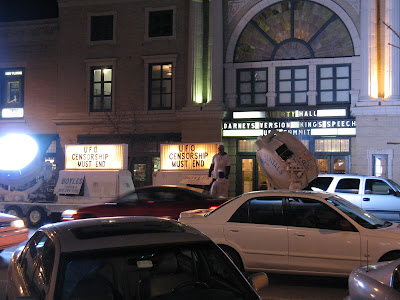 Mass street (the main drag for bars and food in Lawrence) has hosted a sit-in protest against Starbucks when they built a store downtown possibly driving out the local owned coffee shops (It didn't).  Some of the population took couches down to the middle of Mass and had a sit in.
This weekend when I arrived on Mass.  I could see two huge spot lights working toward the middle of downtown.  Liberty Hall was hosting the UFO ReyKAWvik Summit for UFO enthusiasts. 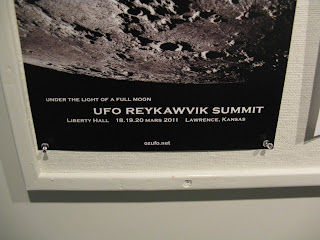 The UFO Censorship Must End cracked me up and made me think about a recent thing I heard (NPR, yes it's more than saving Big Bird) about the UK unclassifying several recent documents about UFOs, one that included a "First Contact initiative that almost happened, until they discovered the UFO was the work of a local artist.  Are they among us?  Are we them and they us?  Personally, having a chemistry background, I believe life outside of Earth is possible.  Life is an easy combination of Carbon, Nitrogen, Oxygen, and Hydrogen for its most basic level.   We've found these elements far flung across the galaxy every time a star goes nova and recently discovered a creepy floating green cloud in space to be a huge cloud of oxygen. 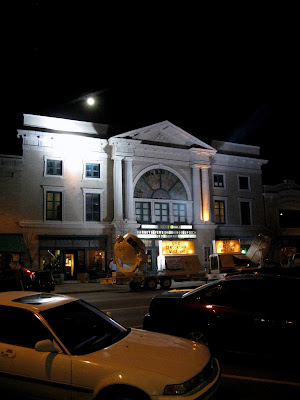 So will we meet ET in our lifetimes?  A recent discovery possibly found bacteria from a Mars based asteroid.  Interesting if we've been looking for life in the far flung stars, only to find it at our neighbors.
Posted by Brian Johnson at 9:05 AM No comments:

CDC has a link: http://www.bt.cdc.gov/radiation/ki.asp 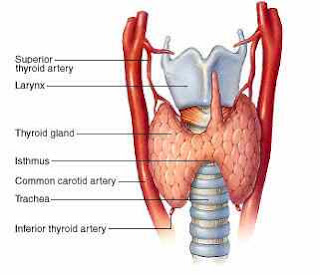 Posted by Brian Johnson at 6:31 PM No comments:

AmericanHorrorBlog: Teachers - A Rant: "I've been looking at everything going on in the federal and state governments, and I feel like the halls of power are filled with crazy peop..."
Posted by Brian Johnson at 1:59 PM 2 comments: 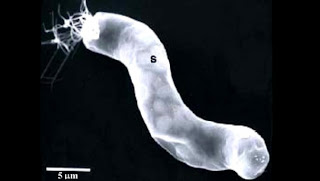 We've done this song and dance before . . . but personally, I believe life is out there.  I'm not talking humanoids on a different higher evolutionary cycle.  I'm thinking simple organisms - bacteria, viruses, plants are out there.  They may even be in our solar system.  Maybe the life on this planet may have been influenced by it.  For simple life to develop you need four elements: hydrogen, oxygen, nitrogen, and carbon.  These can form building blocks for simple proteins (amino acids) and carbohydrates (sugar).  The interesting thing, we already know this exists in space.  We are also beginning to find planets out there that "may" support life.

They may debunk this in the next few months or years.  Hell, we sent Strep to Mars by accident.  For now, just look up and wonder.
Posted by Brian Johnson at 9:06 AM No comments: