What do you see?

What do you see?
Posted by Brian Johnson at 9:10 PM No comments:

Mayans, tidal waves, supernovas, mass deaths of animals, natural disasters.  The world is coming to an end.
Not really.  Ratings are up for pseudo-science shows talking about the end of the world that feeds into the Mayan calendar coming to a quick and abrupt end.  Is the world coming to an end?  Is the apocalypse going to ruin my Christmas and New Year’s Party on 2012?  Is the clock running for us to become an endangered species or possibly a lost planet?
Mind you, end of the world is a hot topic right now.  Even George Lucas has been quoted saying it’s coming to an end:  http://www.torontosun.com/entertainment/movies/2011/01/18/16927446-wenn-story.html
There are stories of Betelgeuse (not the character, but the sun (sorry, Ford Prefect) ready to go supernova and lighting our planet up with two suns and great amounts of radiation.  Mind you, Betelgeuse is one of our close solar systems.  It is about 30 light years away and astronomers have discovered that it’s rapidly shrinking.  http://blogs.nature.com/news/thegreatbeyond/2009/06/betelgeuse_about_to_blow.html
The problem is solar time seems to be a little different than human time.  Think the opposite in dog years.  About to happen could last a decade or even a century.  Although 30 light years is close in astronomical terms, the light will be about as bright as a crescent moon.  It will be bright enough to show in daylight and will change the right shoulder of Orion forever.  Also there may be enough radiation released to cause issues with space missions and satellites but the magnetic field around the Earth will protect us.  At least it has with the occasional stuff jettisoned from the sun.  The cool thing is that it may have already gone supernova and the light’s taking 30 years to get here.
As for mass deaths of wildlife, this tends to happen a lot.  The poetic Edda says
“Cattle die, kinsmen die,
One day you die yourself;
but the words of praise will not die.”
The worldwide internet has given us an ability to see what’s going on simultaneously all over the world.  Odd that thousands of birds and fish die, but it happens.
http://www.andinia.com/b2evolution/index.php/outdoor-news/sciences-technology/zoology/wildlife-die-offs-are-relatively-common
Disease, parasites, fireworks, algae cause die-offs a lot.  I’ve seen entire ponds, lose their fish population due to an algae bloom stealing the oxygen from the water.
As for Mayan civilization?  Mayans died out in 950AD.  Why the calendar stops in 2012? Who knows?  Did we decipher it correctly?  Should we be impressed that the Mayans developed the calendar this far into the future?  Or is it time for us to grab the purple shrouds and cherry Kool-Aid?  My dog occasionally barks at the wall, but instead of freaking out that we have a Poltergeist, I use it to fuel my writing.
I don’t think the world will come to an end in 2012, but could the ride be fun anyway?  Sure.  Is it a great marketing tool for horror writers, you betcha.  Will I be bummed out if I’m wrong?  I won’t be around to tell you.
"Ruminations of Thunder: Hell to Pay" will be coming out in August 2012 by Hellfire publishing.   Download it for your E-book stack pre-apocalypse.
Posted by Brian Johnson at 7:35 AM No comments:

Twas a bright and snowy day

I've taken getting published off the bucket list, but the pending question is "now what".  I'm currently unemployed and running a daddy day care.  So between running Pre-K assignments for my daughter, watching reruns of Dora, and trying to write horror (not as easy as it sounds, but every rainbow is caused by a storm), I'm trying to get some new novels going.

To write and be a good writer, you need to develop it as a habit.  Like smoking, drinking, and all other bad habits, you link it to something.  For me, I write best in the early morning and late at night, and I try to do it every day.

I also try to read everything I get my hands on.  I've gone to more young adult novels, just finishing "Golden Compass" and starting "True Grit".  Next one in the que is Percy Jackson.  I've always wanted to bring mythology into common story telling and it looks like Rick Riordan beat me to the common day punch.

Also the Steampunk movement is interesting.  I've got a group of books on their way to start reading.

Like this blog needs, I need to focus.  Too many stories wanting out at the same time.  Might make the characterization interesting and bring new ideas to plot.

"Ruminations of Thunder" is forthcoming from Hellfire Publishing, so it's time to market as well.
Posted by Brian Johnson at 8:52 AM No comments:

"A dreamer is one who can only find his way by moonlight, and his punishment is that he sees the dawn before the rest of the world." Oscar Wilde
Posted by Brian Johnson at 7:08 AM No comments:

As many of you know, I've been working to become published for a while.  On December 30th, it happened.  "Hell to Pay" will be seen in pixels for the E-reader crowd sometime in August.  So in these infant stages, brag that you personally know an author.

2011 will be a prosperous year.  Even if the moon turns blood red, the birds fall from the sky, the fish die, and earthquakes occur.  Wow.  If we can make it through this Apocalypse/month, we'll be groovy. 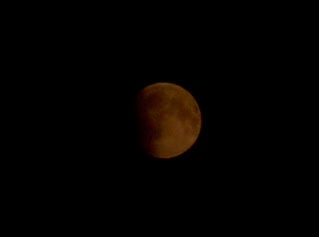 Posted by Brian Johnson at 9:30 PM No comments: